What Carpenters Do
Carpenters construct and repair building frameworks and structures—such as stairways, door frames, partitions, rafters, and bridge supports—made from wood and other materials. They also may install kitchen cabinets, siding, and drywall. 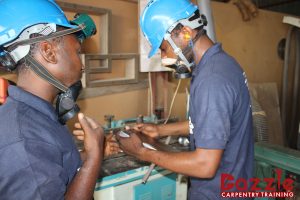 Duties of Carpenters
Carpenters typically do the following:

Follow blueprints and building plans to meet the needs of clients
Install structures and fixtures, such as windows and molding
Measure, cut, and shape wood, plastic, and other materials
Construct building frameworks, including walls, floors, and doorframes
Erect, level, and install building framework with the aid of rigging hardware and cranes
Inspect and replace damaged framework or other structures and fixtures
Instruct and direct laborers and other construction helpers
Carpenters are one of the most versatile construction occupations, with workers usually doing many different tasks. For example, some carpenters primarily insulate office buildings and others install drywall or kitchen cabinets in homes. Those who help construct tall buildings or bridges often install the wooden concrete forms for cement footings or pillars and are commonly referred to as rough carpenters. Other carpenters erect shoring and scaffolding for buildings.

Carpenters use many different hand and power tools to cut and shape wood, plastic, fiberglass, or drywall. They commonly use hand tools, including squares, levels, and chisels, as well as many power tools, such as sanders, circular saws, nail guns, and welding machines. Carpenters fasten materials together with nails, screws, staples, and adhesives, and do a final check of their work to ensure that it is completed according to specifications. They use a tape measure on nearly every project to make sure that the pieces being cut are the proper size, which reduces waste and saves time. Many employers require applicants to supply their own tools.

The following are examples of types of carpenters:

Residential carpenters typically specialize in single-family, town home, and condominium building and remodeling. As part of a single job, they might build and set forms for footings, walls, and slabs, and frame and finish exterior walls, roofs, and decks. They also frame interior walls, build stairs, and install drywall, crown molding, doors, and cabinets. In addition, residential carpenters may tile floors and lay wood floors and carpet. Fully trained carpenters can easily switch from new home building to remodeling.

Commercial carpenters typically build and remodel commercial office buildings, hospitals, hotels, schools, and shopping malls. Some specialize in working with light-gauge and load-bearing steel framing for interior partitions, exterior framing, and curtain wall construction. Others specialize in working with concrete forming systems and finishing interior and exterior walls, partitions, and ceilings. Most commercial carpenters perform many of the same tasks as residential carpenters.

Industrial carpenters typically work on civil engineering projects and in industrial settings, where they build scaffolding and create and set forms for pouring concrete. Some industrial carpenters build tunnel bracing or partitions in underground passageways and mines to control the circulation of air to work sites. Others build concrete forms for tunnels, bridges, dams, power plants, or sewers. 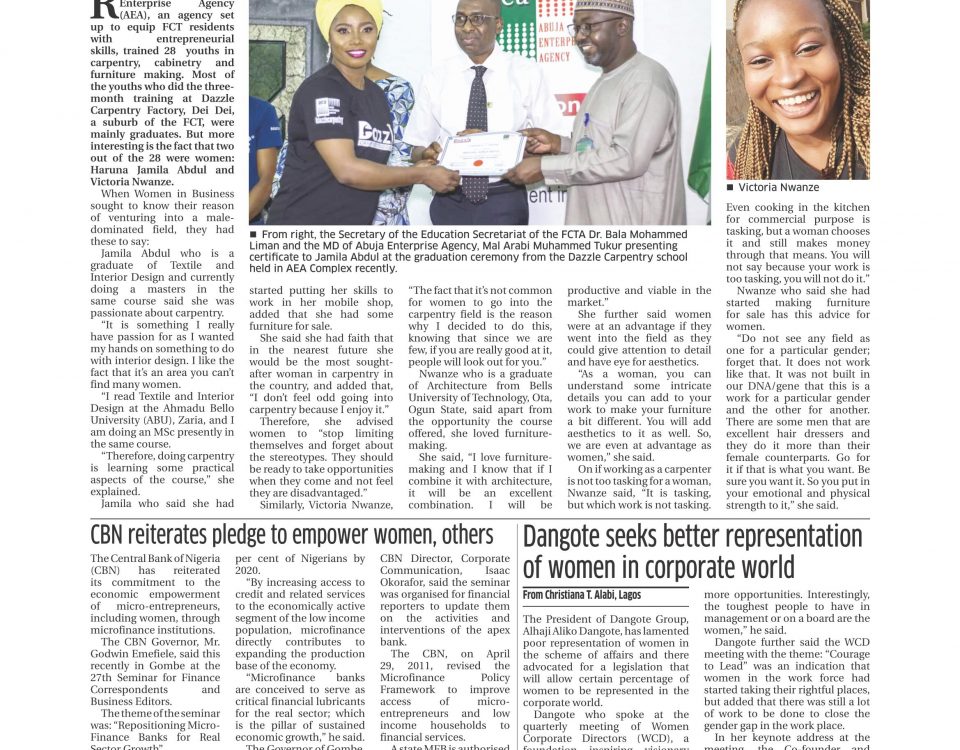